Let's face it: we are far from an equal society where women have access to the same rights as men. We are still fighting for a decent opportunity, the same payment, the same benefits, or even the right to speak up.

I went in my career from different stages, from not saying anything to frustration, anger, and speaking up. 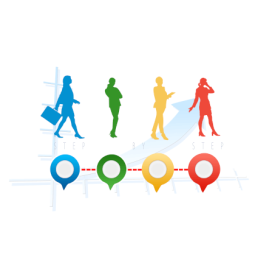 As a manager, I was in the position of being refused when I asked for what was rightfully mine. I have also been denied to promote women because there were mothers who supposedly can't give it all in.

On the other hand, I had the privilege of working side by side with amazing women, some mothers, some not. But who worked ten times more than a man and still got the lower payment.

We have more to learn as a society that is not about what sex we have, what color our skin is, but significant are the values, passion, dedication, and creativity we put in the work we do.

I was often underpaid because my way of working is to do things in the most performant, optimal way, and my employers saw that as ”spending too little time at your job.” I was finishing tasks faster than most, I was organized, which provided me the time to fill my day with more different tasks than most colleagues.

But I tell you what: if you work like this, with integrity, compassion, respecting everyone's limits, and helping them become better human beings, results are coming.

The first thing you need to do to be heard is putting yourself out there. At the beginning of my career in sales, I was timid and barely expressed my ideas. And you know what? I had tons of them. I bet I could have gone far more in my career if I just found the courage to speak up. SO DO SPEAK UP. No matter the ideas are good, bad, less good, less bad. It really doesn't matter, but the manager or entrepreneur needs to hear it. You need to hear it for yourself. And if you were like me in my teenage years, and feel bad when people are laughing at your idea, think about this: the joke is on them. An idea is just an idea, and a mature leader will know that.

Second, DON'T GIVE UP. Keep speaking up; keep expressing yourself. You never know when your idea might be a million-dollar idea. But you will never know of the outcome if you keep it for yourself. So keep on trying. For my freedom of speech. For your freedom.

Set healthy boundaries and learn to say NO

What is a healthy boundary? Well, I can write a book about it. The point is to tell people what is right for you or not is first to understand yourself and acknowledge yourself as a human being with body, mind, and emotions. Paying attention to who you are in the path to feel and think about what is good for you or not. And no, my goddess, keep saying yes to other projects when you are already packed with additional tons of work, just for the sake of being nice, is not a healthy boundary. So when you are in this situation, start saying NO. Your sweet colleague needs to do his work. 😉

I am a feminist, and let me be clear: a feminist is a person who supports the political, economic, and social equality of the sexes. I do think that men are also excellent, and I had the privilege of meeting some remarkable men over the years. Let's not diminish the work that they are doing. On the other hand, some men think we can't make rational decisions because we are ”so emotional.” Well, we can. And on that, remember that we are equal.

Turn your worst critics into ambition.

I worked for several years in the truck parts industry. For many years, I was sent to the kitchen. They say I didn't belong there, that I had no idea how to sell, run a business, or lead a team. Well, I turned all of these into fuel and got better every day. I ended up running multiple branches in the industry and having dozens of people under my leadership. Just say ”Thank you for your input” and move on.

The truth is nothing is going to change if we are still accepting to be treated poorly. If we keep, stand back, and let other people steal our ideas, work, or take credit for our work. Things are going to stay the same if we are just ”nice” instead of being assertive. For us, we have to stand up for a better future, for a better world for future generations.