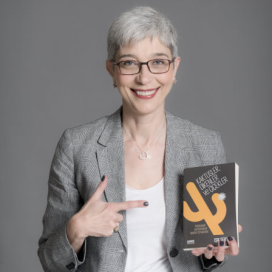 Isık Serifsoy has graduated from Bogazici University Business Administration.
She started her business career at Alarko, one of the pioneering companies in Turkey. She has worked in Komili, Apple and Bilkom as manager in import/export, purchasing and operations departments.
In 1995, she was a partner in the introduction of Packard Bell and Handspring to the Turkish market, both worlds leading brands in the IT sector. She played an active role in market penetration, marketing and distribution of both brands.
After many years of experience in the IT sector at upper managerial positions, in 2005 she continued her career as Assistant General Manager responsible for Production at Betasan Bant San. The leading company in sanitary bandages in Turkey.  At Betasan she used innovative techniques in production, quality, purchasing and planning to achieve considerable improvements in workflow as well as the efficiency of production.
In 2009 she became the General Manager of Euromed Group, the pioneering healthcare company that has started distant reporting in radiology.
In 2012, she continued her professional career as a coach after completing the Association for Coaching (AC) approved program at Istanbul Bilgi University. She has worked for 5 years as group director at a business owners’ platform BNI (Business Network International).
In 2017 she joined Engage & Grow, an Australian based company and became a master coach on employee engagement. Since 2019, she is the Global CEO of the same company.
She has “Agile coaching/leadership/HR cerificates” and “team coaching” certificates from AgilePeople and GTIC.
She has a book on leadership – creating high performance teams. It is published in English and Turkish. – Cacti, Thorns and Blossoms.
She lives in Istanbul and is the mother of a daughter, 30. She has 2 cats. She loves art, collects paintings and already joining a training on ceramic.  She can help mothers as a coach /mentor.
She can coach them in order to create their own business or for the ones who already have a business she can coach or give mentoring for sustainable results.

My personal development started by 35 years old and since then I joined many trainings, got coaching and mentoring. And still going on. Learning new things is a part of my life and helps me to create a better me each day.

I was 27 and unfortunately I prioritised my career to my daughter. It should be a balance and I regret.

Mentoring is not only sharing experiences but also to check yourself with each new person and learn from them. It is my life purpose.

Everything is neutral until you give them a meaning. Life is beautiful if you are ready to shape it as you wish.